A battle of abilities fought in the kingdom of meritocracy derives its legitimacy only when gladiators are equipped with the same armour and armaments. Likewise, is it the responsibility of a democratic government to ensure that all its citizens are given the bare minimum?

Universal basic income (UBI) is an economic concept which propagates the provision of a minimum monetary sum provided to every citizen, irrespective of their socio-economic status. This idea was piloted in Madhya Pradesh1, the results of which were astounding. The control study area saw an increase in social development indices, which include school enrolment and nutrition. Interestingly, the state of Sikkim has announced its ambition to provide UBI to all its people by 20222. In the light of these happenings, it is essential to dive deeper into this idea.

The greatest challenge in the provision of UBI is the fiscal burden it imposes on the government. This expenditure is also repetitive on a year on year basis. This perennial expenditure coupled with domestic and international macroeconomic factors can raise the fiscal deficit significantly, if, as the COVID-19 pandemic has exemplified, adverse economic exigencies arise. An important question to be asked is: Where can the funds needed for UBI be generated from?

The government of India in 2020, prior to the scourge of COVID-19 had estimated a subsidy of 2.27 lakh crore in its budget3. The elimination of some subsidies and the reallocation of the same for UBI seems to be the only tenable source to financing such a

policy. However, termination of subsidies will result in the voluntary disowning of a powerful government tool.

Subsidies are effective instruments of market control. The saying, “If it moves, tax it; if it moves too much, regulate it’ if it stops moving, subsidise it” clearly indicates the utility of subsidy as a tool for economic management. Hence, removing or reducing subsidies may hamper the governments’ flexibility in influencing economic patterns and cyclical challenges.

However, in exchange for some power used to effectively manage the economy, the government will empower each citizen with an additional amount to their personal disposable income. This will trigger demand, especially rural demand. The rise in demand will increase production, which cannot be ensured without investment and employment; hence creating a virtuous cycle of economic expansion.

This expansion, unfortunately, is a double-edged sword, for it can unwittingly cause an increase in inflationary trends. Increased demand as well as greater money supply are the major facilitators of this type of inflation. The burden of inflation on the citizens weighs remarkably heavy on primary sector participants. The government on the other hand will not have free reign to use the balm of subsidies to provide ministration as subsidy finances would have been reallocated to provide UBI.

Target and sector-specific intervention was earlier possible due to the pinpoint precision provided by subsidies. The government used subsidies to relieve stress and boost activity in particular market segments like farm inputs, labour-intensive machinery and so on.

The UBI concept for implementation requires the political machinery to recalibrate its economic as well as political approach.

Subsidies have been historically used by governments, in their policies, and political parties, in their promises, to consolidate vote banks. The ability to target societal classes or groups by fashioning subsidies to be implemented in related sectors has been greatly abused to garner political clout. A shift to UBI can eliminate this practice of political piracy, where the average voter is manipulated using subsidies and sops.

These populist policies with political intent will need to be replaced by productive policies of developmental significance. Handouts disguised as subsidies can be unravelled and transmuted into UBI. This may also curb the practice of parties in power weaponising subsidies, implemented to be used against parties of the opposition. This may force the electoral narratives to be built around policy goals and secured results. Thus, the implementation of UBI by sacrificing the electoral strategy of subsidy politics can exfoliate the grime from the democratic system.

Furthermore, UBI will give positive freedom to the people. The citizens will not be limited to the field of subsidy dictated by the government. Instead, they will be empowered to use the amount given as they please. This will enhance their development capacity and monetary freedom. In turn, the State can be more focused on strengthening its institutions.

From citizen appeasement, the State will need to focus on enhancing the efficiency of State institutions, services and establishments; resulting in a more vibrant and facilitative democracy.

The provision of UBI can empower women by giving them budgetary space, thereby reducing the grip of a patriarchal economy. In the aforementioned pilot project in Madhya Pradesh, it was observed that women were the pivotal impetus which led to improved child nutrition levels, higher school enrolment and increased average years of schooling. UBI, therefore, has the potential to reduce incidences of the feminisation of poverty while simultaneously improving child-related social indicators.

More than financial space, UBI empowers society with choice in expenditure. It also provides for skill or leisure related expenditures to be made as per discretion of individuals. In the subsidy regime, citizens are at the mercy of State dictated terms of choice.

A potential pitfall of UBI is its universal application, especially in the midst of the widening gap of inequality. It is necessary that such monetary support, if given in exchange for certain subsidies, must be given only to those who really need it. This issue can be resolved with the idea of “Qualified UBI”. The term qualified refers to a set of pre-established criteria like income level, land ownership, access to basic services, value of private vehicles and so on.

These criteria will determine eligibility for qualified UBI, leading to a more targeted approach. The most in need and deserving will receive it. This will also reduce the fiscal burden on the government which accompanies unqualified and true UBI.

Another challenge is determining the value of UBI to be given which will have different impacts as per variation in consumption baskets, regional lifestyles and the urban-rural differences. Special care to prevent exclusion and inclusion errors must also be ensured.

Though the concept of UBI has yet to be demonstrated on a nationwide scale like that of India, the idea has much promise and in recent times has been an active element of social cynosure. However, UBI cannot be a replacement for government provided subsidies. The path to implement UBI is ridden with the treacherous potholes of corruption, direct benefit transfer errors, exclusion errors, inclusion errors, increased fiscal burden with increasing population and the risk of lowering labour motivation. It must be mentioned that similar risks are present within the subsidy system as well. On the flip side, UBI can be an instrument to enable equality of opportunity through basic fiscal support.

The tussle between UBI and subsidies must not be viewed as a zero-sum game, instead the two can use one another to form a synergetic relationship. The segregation and elimination of subsidies which are politically motivated and found to be result negative can open up funds for re-appropriation. These newly available funds can provide financial buoyancy to reify the UBI boat, which sails towards horizons of minimum financial welfare. The introduction of UBI preceded by outcome based subsidy management will accelerate India’s movement towards an egalitarian society with a more utilitarian government. 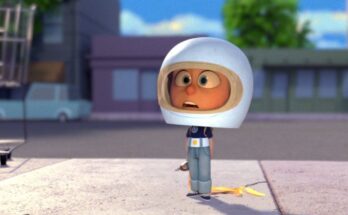 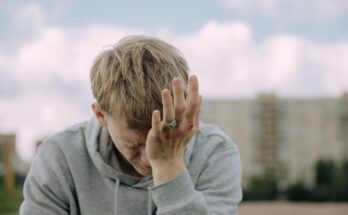 Pain is inescapable, but Suffering is a choice