On 21st February 2022, President of Russian Federation Vladimir Putin signed a presidential decree recognising independence of separatist regions of Luhansk and Donetsk in Donbass region of Ukraine. What followed after this move was unprecedented but expected. Putin ordered the beginning of a  Russian military special operation on Ukrainian soil with multiple objectives, but mainly to demilitarize and denazify Ukraine. Taking back control of Donbass regions from Ukraine Army and Neo Nazi armed groups were also sub-objectives of the operation.1

Several nations were in shock of this unexpected move by Russia, while some nations already knew this was coming sooner or later. The United States of America along with their European Allies in NATO condemned Russia’s move in Ukraine and declared back to back sanctions on Russian businesses and individuals2. Various other US partners in the Asia-Pacific region also joined the Western nations in sanctioning Russia and placing trade embargoes. The US and their allies also decided to support Ukraine economically and send them military equipment to defend themselves from Russian aggression. Since no other country was interested in a direct conflict with Russia, NATO decided to not take part in any direct military operation.

Economic embargoes and sanctions on Russia led to increasing oil prices in the international markets and also impacted the prices of minerals and resources exported from and to Russia. All the economic actions against Russia led to inflation in various European and American  Markets, which has started to take a serious toll on their economies. These trade restrictions are also expected to weaken the global economy, which was resurrecting after the economic crisis during COVID-19.

On March 2nd, the European Union along with the United States decided to partially ban seven Russian Banks from the SWIFT system, which helps banks across the globe to transfer money3 . This move to exclude certain Russian banks from SWIFT triggered a collapse in markets around the globe, as others banks were doubtful about executing transactions with Russian Banks outside the SWIFT system. Many stakeholders were also cautious about whether they will face western sanctions if they do trade with Russian Individuals or Companies.

Sanctions against Russia and its turnout

As of 9th March 2022, several nations and organizations have slapped 5581 sanctions on Russia, making it the most sanctioned country on the globe. The United States of America, United Kingdom, South Korea, Australia etc., have placed different types of sanctions like economic sanctions, travelling sanctions etc. on numerous Russian institutions and individuals. Australia has announced a travel ban on Vladimir Putin himself.

Even though economic sanctions work as a tool to deter a nation or entity from unfavourable actions, the effects of these sanctions take at least 8-10 years to create any pressure points on the sanctioned government or entity. It is also important to note that sanctions have a boomerang effect, which will seriously damage the economy of the sanctioning nation. The recent inflation phenomenon in Western Economies, coupled with obliterated trade relations with Russia, all are due to sanctions imposed.

The fact that Europe is still heavily dependent upon Russia in terms of Oil and Natural gas also weakens European economies’ position in an economic war against Russia. Russia continues to be the largest supplier of gas to Europe, with 45% of European gas supplies getting imported from Russia4 .

History is also against western powers in the case of sanctions, as most of the sanctions in the past have had very little to no effect on any economies. Countries or entities who are being sanctioned have always found out new ways to evade the sanctions efficiently and thus creating an alternative mechanism which is sanction proof.

Analysing how Russia is reacting to each sanction and taking evasive actions, clearly makes us doubt whether Russia was preparing for this special operation for the past many years. Russia had struck trade deals with China which will make sure their foreign trade doesn’t completely evaporate in an instance of war and following sanctions. Diplomatic talks with allied countries and neutral nations soon after announcement of sanctions against Russia is also a signal that Russia knew beforehand which all nations will stand neutral or ally with them in case of military action.

India is also playing a very important role indirectly in reducing the effect of sanctions on Russia by buying Russian oil for cheap price and formulating a payment mechanism independent of Dollar5 . Walking with India, countries like China, Iran, UAE, Venezuela all are trying to come up with various bilateral or multilateral mechanisms to do trade with Russia which will reduce their dependence on the US Dollar.

Sanctions against Iran, North Korea, India (1998–1999) etc., also turned out to be counterproductive as sanctioned countries started to develop on their own and attain self-sufficiency. Just like in the past, Russia now has a possibility in current circumstances to attain self-sufficiency working with partners and thus dissipate effects of western sanctions.

Exclusion of Russia from SWIFT

On February 26th, the United States, the European Commission,and other allies  announced that few selected Russian Banks will be removed from SWIFT,  a secure financial messaging service used to execute international transactions among banks or their access to the system will be restricted.  On March 2, the European Union detailed that seven Russian banks would be excluded from the SWIFT. Even though SWIFT is not a system in which the US or UK can single handedly take any decision, it still can bring some serious damage to the Russian Economy with the help of their partner members in SWIFT.

This restriction on Russian banks from accessing SWIFT will lead to a complete breakdown of financial transactions of these banks with almost, 11000 banks around the world. Such an interbank restriction on transactions will have a domino effect on international trade, equity markets, money markets, valuation of assets etc. Even though SWIFT restrictions are already present on Iran, Venezuela and North Korea, it hasn’t affected much of their internal capacities as their international economic presence is not that significant and is not directly connected to their domestic economy. In case of the Russian Federation, removal of Russian banks from SWIFT will damage the Russian economy up to a level where people will start to panic and withdraw cash in a large amount from ATMs.

According to economic reports, almost 80% of financial messaging and card transactions in Russia are happening inside the SWIFT system6 . We also witnessed Russian people withdrawing almost a trillion roubles from their bank accounts soon after SWIFT Restrictions were announced by Western Nations and their allies7 .

SWIFT Sanctions on Russia will also impact the global economy and especially economies of nations who have imposed these sanctions as these restrictions will lead to default in debt payment from  Russia which will lead to erosion in Trans Atlantic equity and money markets. Banks and other financial institutions will face a cash crunch due to non-payment of Russian Debt, which will lead to dollar shortages in the global market.

Exclusion of Russian Banks from SWIFT also is an opportunity for other nations to build mechanisms in alternative to SWIFT. Cross Border Interbank Payment System developed by China, System for Transfer of Financial Messages SPFS by Russia all can in these circumstances emerge as an effective alternative for SWIFT. Integration of these alternative systems into one single structure will also be a very powerful economic tool against western sanctions and economic warfare.

Exclusion of Russian Banks from SWIFT also is an opportunity for other nations to build mechanisms in alternative to SWIFT. Cross Border Interbank Payment System developed by China, System for Transfer of Financial Messages SPFS by Russia all can in these circumstances emerge as an effective alternative for SWIFT. Integration of these alternative systems into one single structure will also be a very powerful economic tool against western sanctions and economic warfare.

India also has a very important role to play in creating a sanction proof financial system which will help the country in developing without any western interference in our policies. India, during the time Iran was slapped with Western sanctions, evaded the effects of sanctions by creating a mechanism to operate and finance and bilateral trade through a bank which has very less presence in western countries. Both parties in Iran and India will open a bank account in this selected bank and will make all necessary transactions regarding trade in pre-determined exchange rates on predetermined terms. Indian position in world economy and diplomacy will also help Russia and its allies in reducing the effects on sanctions.

As this special operation is progressing in Ukraine, one thing is very clear now, that the world is witnessing a new global economic & political order in the making.

“Sanctions always hurt the poor, the weak, the children.” 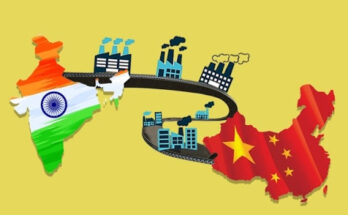 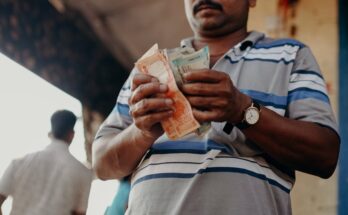 Universal Basic Income in India: Boon for citizens or Bane to subsidies? 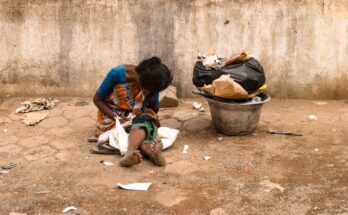