“A person’s freedom ends where another man’s freedom begins.”. Under Article 25 of the Indian Constitution, “All persons are equally entitled to freedom of conscience and the right to freely profess, practice, and propagate religion subject to public order, morality and health.”1. But does it provide absolute freedom?

Sir Syed Ahmed Khan -“Hindus and Muslims are the two eyes of the beautiful bride -India”. It was the same person who later during the pre-independence era spearheaded the Muslim League’s Two Nation movement. The British, wanting to break the very foundation of Indian unity ,created a wedge between the religions and religious denominations, realising  how deep-rooted their influence was on the Indian people. India, a culturally and linguistically heterogeneous territory also houses 7 major religions and innumerable sects ,subsects and variants. The British cut down the strings between the people, leaving them divided even after independence and creation of laws that are anti-discriminatory and promotes equality among all the people of the nation. Religion is, thus, the hottest and one of the most sensitive topics to brush upon, as the population holds it at high value.

Therefore, in order to make any positive social change, social institutions like religion must be purged of all evils. All the religious practices were put to the test and those deemed to be inhumane and unjust were eliminated , what remained can hence be considered non-violative of the basic human rights or practices that are to be understood as essential. Due to the dynamic nature of the society and societal values, the legislatures  also have been making advancements to implement laws that are more assuring of Equality -social, religious, economic and political. In this light, many of the religious practices had to undergo dissection and prove themselves to be relevant and also abiding the basic principle of human rights.

Though these changes are not easily implemented, considering how much of the peoples’ life revolve around religion and their customs and practices, it cannot be denied that they are of utmost importance for the sustenance of the fundamental rights guaranteed by the Indian Constitution.

While Article 25 does not include any additional conditions for the protection of the right, courts have decided that the provision only protects  “essential religious practises,” and not all religious practises, over time2. The scope of the practices that fall under the essential religious practices are highly debated.  In the recent judgement of the Hijab Case where the Karnataka HC ascertained that the restriction of Hijab was reasonable and constitutional, demolishing the freedom aspect of the religious ideologies of the people. The bench comprising Chief Justice Ritu Raj Awasthi and Justices Krishna S. Dixit and J.M. Khazi stated that the Hijab was not a rationale for practising and following a religion , and it could be under the discretion of the educational institutions to decide on that matter and the students to follow those regulations.

On 2nd December 1948 , Dr B R Ambedkar acknowledged that the religion exists in every aspect of people in India , from birth to death. He later on narrowed down the scope of the religious freedom of people to strike down the exploitation and unreasonable practices held in the name of the religion. The main idea was to provide harmony among people and not to blindly follow customs that restrict the movement of people. This is where Ambedkar coiled the term “ essential religious practices.”

In considering the reasonability of the religious practices prevalent in the country, the court inspects the date of emergence, its relevance and impact in the present times. The Supreme Court decided in 2004 whether the Tandava dance was an essential rite of the Ananda Marga Faith, using the standard of necessary religious activities. It was decided that the faith began in 1955, although the Tandava dance was officially accepted in 1966. As a result, the court decided that because the faith existed before the dance was adopted, the latter could not be regarded as an essential part of the faith.3

Article 13(1) states that, Laws inconsistent with or in derogation of the fundamental rights – All laws in force in the territory of India immediately before the commencement of this Constitution, in so far as they are inconsistent with the provisions of this Part, shall, to the extent of such inconsistency, be void. The practice of religion which violates the fundamental rights of the people could be clearly removed. In the landmark Sabarimala Case, the violation of fundamental rights with respect to women were considered. The practice of restricting women falling under the age group of 10-50 to enter the temple, simply violates their free movement, hence violating their freedom.

The inclusion of certain practices in a religion are to be for the people’s advantage and not to restrict a group or community of people. Essential religious practices test deeply analyse the repercussions of practices followed, hence allowing maximum inclusion of the people and providing with maximum freedom. Freedom to practice any religion hence cannot or should not be an absolute right for people as giving absolute right can limit the deliverance of people, specially when it is concerned to a particular set of people, making a divide among them.

The article provides the power to restrict any religion from practising harsh or deep practices that can affect the devotees and the public socially and personally. Any religious practices that do need to substantiate the religion could be erased from validating itself as essential religious practices and could be dismissed. The retrospective effect of the article proves to give justice to maximum people and reduce further proceedings of the pre-existent practices that are followed in the country from the past. This could be a great step in creating internal peace in the country and making the country democratic and free from all odds that existed. Manifestation of provisions under the Constitution of India provide greater degree of  reliability, safeguarding the rights and freedom of the people. 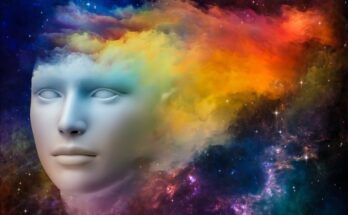 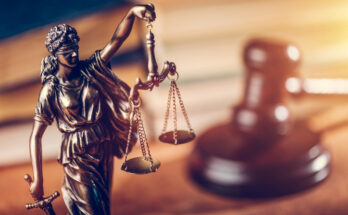 Lawyers and Law Students, Why are you Silent?