Murder mysteries have been a regular feature in Indian cinema, as viewers always enjoy something exciting throughout. While managing the hook is difficult, it can also be challenging to keep viewers’  attention throughout the narrative. Our conscience serves as a barrier between us and the crime and the criminal. We feel the pain of the protagonist in their journey, but when we sympathize with and empathize with them, that crime becomes well-deserved vengeance or, simply put justice.

The story begins when a well-known businessman, Kashish Sura (Sid Makkar) is murdered in his car. With the aid of her junior friend Amraan Chibbar (Akash Agrawal), Ruhana Dhullap (Mandira Bedi) examines and investigates the plausibility of the truth. Upon discovering six possible suspects, she begins her interrogation of each. The layers and progression of the characters are exceptionally woven into the narrative. With the pace of the film, Rammy doesn’t allow you to settle down as you won’t be able to guess the culprit from a distance as the pace keeps you on the edge of your seat throughout. In murder mysteries, it is crucial to reflect and serve enough so that the viewer’s boat of thoughts cannot reach the shore all at once. The plot threads are clearly written and concise. One of the most important elements of this game is joining all the characters, including officer Ruhana in order to experience the deep waters which allow you to visualize and investigate the character traits.

The dissection of characters will also show that they all belong to different social circles. By including shaping and implying the characters with diverse religious backgrounds, the story also covers the aspect of uniqueness and authenticity. People from all walks of life cross paths in the big city blues,  no matter how different they are. Colours were brilliantly used to portray the warmth and the coldness of people’s lives. Throughout the course of the story, the fidget spinner assists officer Ruhana in her quest to solve the case. It can be said that many people can relate to the stories of the characters, but the question that remains unanswered is, what is love? A metropolis isn’t easy to live in, and by the time we get caught up in the middle of the game, we face a harsh and calculative fate. What is the significance of the 31st December? It pertains to the new journey.

As the new year arrives, it brings new opportunities as well as some resolutions. However, we couldn’t have chosen a better time to begin a new chapter in the textbook of our lives. This story is well-crafted and logical. The subject digs deep into many layers of honest emotions, relationships, opinions, moral duties, dogmas, and dearth. The editorial aspects also play a crucial role by focusing on the pacy, tacky cuts that don’t give one the time to think outside the narrative. There is a hook deep inside, and the background score is like the icing on top.

SIX is definitely one of the new generation murder mysteries which reflect upon the harsh and suppressed reality of the big city blues but also reflect upon the greed and need of an individual which leads him or her to the ugliness of life. 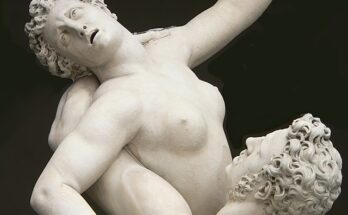