Evolution has given certain sexual behaviours for complex organisms. While different types of mating occurs, even within the same species, there are very few organisms known to have sexual intercourse for pleasure. Humans are one among them. The primary function of sex is to reproduce, so it would make sense that nature would incentivise animals to mate by rewarding them with a pleasurable experience. When you have an orgasm, your brain releases oxytocin. This is a ‘feel-good’ hormone responsible for creating bonds with others and it partly answers why orgasms can feel so amazing and make you feel closer to the person you’ve shared them with.

And just as our greed for a wide range of materialistic objects increased throughout the course of history, one important ‘craving’ a lot of humans have taken a bit too harshly is that for sex. When we say harshly it is simply to point out how they take sex for granted and is ready to do anything for it. This unwanted craving results in sexual assaults or rape.

Rape is when a person engages in unlawful sexual activity, most often involving sexual intercourse, against the victim’s will, using force or the threat of force, or with someone who is unable to give legal consent due to minor status, mental illness, mental deficiency, intoxication, unconsciousness, or deception. The crime of rape has been merged with the crime of sexual assault under many jurisdictions. Rape was once thought to be the result of unrestrained sexual desire, but it is now recognised as a pathological assertion of power over a victim1 .

A wrong notion on how females make males want to rape them still exists in our society even when sexual assualts cannot be put under a typical male to female category alone (male to male, female to female, female to male and child assaults are also taking place). This is backed-up by judging the dressing style, physical movements, ways of speech and many more, mostly in cases of women. These erroneous thoughts spring out from the cultural evolution that has taken place. One can say such strong and invalid conservative beliefs are slowly but surely going away. Nonetheless we ought to work more deeply into this and make sure our future generations do not have to deal with it.

This brings out a few questions along with it. Other than the cultural aspect attached to it, did we inherit these behaviors? Is rape seen only in Homo Sapeins? Do we have any idea how nature deals with sexual assault? Let us look into how sexual assault exists in different forms in the animal kingdom.

A number of animals have been observed to forcefully copulate during mating periods. This is termed as Sexual Coersion. Sexual coercion among animals is the use of violence, threats, harassment, and other tactics to help them forcefully copulate. Such behavior has been compared to sexual assault, including rape, among human2

In nature, males and females usually differ in reproductive fitness optima3. Males generally prefer to maximize their number of offspring, and therefore their number of mates; females, on the other hand, tend to care more for their offspring and have fewer mates4. Because of this, there are generally more males available to mate at a given time, making females a limited resource5

Interestingly a number of male and female adaptations in such species is similar to that found in exploitation cases in humans.

Some of the male adaptations include:

Females have generally been on the receiving end of aggressive copulations (though there are exceptions) and have borne both direct and indirect expenses as a result. Physical harm is a substantial direct cost of sexual coercion. Another cost is the additional energy and time required for mating. In addition to physical harm, sexual compulsion can reduce body condition and immunity in ways that are not visible. Harassment can cause stress, which can lead to weight loss, lowered immunological function, and depleted energy resources, as well as reduced feeding.

Indirect expenses are those that will have an impact on women in the future. One such consequence is that sexual compulsion prevents females from choosing the males they wish to mate with, which are usually higher-quality, compatible, and/or have good genes that will boost the survival and fitness of their kids. Coercion reduces their freedom of choice, which can result in lower genetic quality in their progeny. In studies of the rose bitterling (Rhodeus ocellatus), offspring of females who choose their mate had a greater survival rate than offspring of females who did not. Another high price is paid when males commit infanticide in order to gain access to a mate. Female fitness suffers as a result of the loss of progeny.

In view of these costs females have developed certain counter adaptations as well.

These adaptations and counter adaptations has led to speciation and sexual diamorphism (males and females have significant morphological differences) among many organisms.

Now the primary reason the elaboration of sexual coersion is done, is to help us identify whether there is any genetic aspect connected with it that has aided any species in the course of evolution. A look into the above information gives us a good view on how that may not be the case. The main debate on the connection of nature to rape in humans stemmed out of a book, ‘A Natural History of Rape: Biological Bases of Sexual Coercion’, a 2000 book by the biologist Randy Thornhill and the anthropologist Craig T. Palmer, in which the authors argue that evolutionary psychology can account for rape among human beings, maintain that rape is either a behavioral adaptation or a byproduct of adaptive traits such as sexual desire and aggressiveness, and make proposals for preventing rape. They also criticize the assumption that there is a connection between what is naturally selected and what is morally right or wrong, which they refer to as the “naturalistic fallacy”, and the idea, popularized by the feminist author Susan Brownmiller in Against Our Will (1975), that rape is an expression of male domination and is not sexually motivated.

Though this book caused quite a controversy when it was published, it gives a different viewpoint and makes us think differently initially. But the works and experiences in the fields of psychology that exist easily help us understand how biological reasons are the least to look into when it comes to sexual violence. Normalisation of rape over the years has certainly helped in putting the society into the stage we are today. Sexual violence thoughts stems from one’s own social growth and circle in which we have grown in and has little to do with biology. Another point why biological reasons can be kept away from rape is how violence against elderly or children who haven’t reached sexual maturity, does not in any way help us reproductively.

Humans can easily become the subjects of one’s own hormones without much thought. This is the major reason sexual thoughts spring out the desire to force into the way of others life, sexually, and thus cause sexual violence. As long as this understanding is not explained to the society, as early as from middle or high school, we cannot expect a change in such behavior. Though laws and regulations keep the number down to a great extent, education can bring down these numbers very well. Nature clearly explains to us how rape isn’t specifically natural, or there would not be any need of adaptations to occur that safeguard species, especially physically (our little knowledge of animal’s mental state while in forced copulation keeps us away from explaining the mental part of adaptations that might have also taken place). 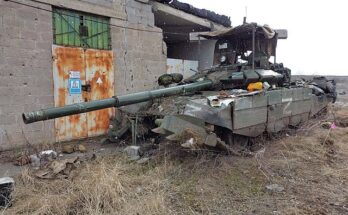