Human activities have already affected the weather and climate across the world, adversely — from extreme drought to massive floods that are also hampering agricultural regions. This further leads to a shortage of food and hence, disaster follows disaster.

In the beginning, in the month of February, the Secretary-General of the United Nations, Antonio Guterres described 2021 as a crucial year for climate change. As they’re on the road to Glasgow where the annual conference COP26 will take place, in November. Analysts hold out much hope that it would bring about some transformational changes, which is the need of the hour. A couple of months later, on the 9th of August, in connection with the Sixth Assessment Report (AR6) from Working Group 1, released by the UN Intergovernmental Panel on Climate Change (IPCC), the Secretary-General declared climate change as “a code red for humanity”. Climate change is widespread, rapid and intensifying, some of which are irreversible. “The evidence is irrefutable: greenhouse gas emissions are choking our planet and placing billions of people in danger. Global heating is affecting every region on Earth, with many of the changes becoming irreversible. We must act decisively now to avert a climate catastrophe”, he added.1

The report was prepared by a group of 234 scientists from across 66 countries. It highlights that human influence has warmed the climate at a rate that is unprecedented in at least the last 2000 years. Carbon emission and the global temperature has increased. Meanwhile, the global mean sea level has risen as well. The document shows that the emission of greenhouse gases from human activities are responsible for approximately 1.1 ̊ C of warming between 1850-1900, and approximately analyse that over the next 20 years it might exceed 1.5 ̊ C.

According to the IPCC Working Group I Co-Chair, Valerie Masson-Delmotte, It has been clear for decades that the Earth’s climate is changing and the role of human influence on the climate system is undisputed. Yet the new report also reflects major advances in the science of attribution — understanding the role of climate change in intensifying specific weather and climate events. On the other hand, the Chief of World Meteorological Organisation (WMO), Petteri Taalas believes that it is essential to pay attention to climate adaptation since the negative trend in climate will continue for decades or maybe for thousands of years. “One powerful way to adapt is to invest in early warning, climate and water services”, he said. “Only half of the 193 members of WMO have such services in place, which means more human and economic losses. We have also severe gaps in weather and hydrological observing networks in Africa, some parts of Latin America and in Pacific and Caribbean Islands, which has a major negative impact on the accuracy of weather forecasts in those areas, but also worldwide. The message of the IPCC report is crystal clear: we have to raise the ambition level of mitigation”.2

Observing a series of drastic events that took place between January–August this year3 :

January – Massive fire engulfed the Dzukou valley, located in northeastern India. At least 3 people were killed, while more than 62,000 others evacuated due to heavy rain in Thailand. At least 21 people were killed and 63,608 were displaced due to floods that inundated the South Kalimantan province in Indonesia. Tropical Cyclone Eloise left one person dead, thousands of houses destroyed and tens of thousands of people directly affected Mozambique’s Sofala province.

February — More than 1,00,000 people were affected by flooding in the state of Acre, Brazil. Heavy monsoon rains caused massive flooding in Jakarta, Indonesia, with parts of the city under 1.2 m to 2.7 m of water. More than 180 people when missing in major floods that hit the northern part of India as a Himalayan glacier broke off; Oil spill on the coast of Israel.

April — Intense drought in Mexico affected nearly 85% of the country. A total death toll of 273 makes Seroja the fourth-deadliest tropical cyclone on record in the Australian region.

May — Atleast 84 people were killed and more than 2,500 houses destroyed by heavy rainfall and flash floods in Afghanistan. Nearly 70 homes were damaged and, 500 people were affected due to severe floods in Cuenca, Ecuador. Ecuador’s Sangay volcano erupted and ash rose up to 7 miles (11.27 kilometres) above sea level. At least 37 in India were killed from Cyclone Tauktae. Cyclone Yaas battered West Bengal and Bangladesh. World’s largest iceberg breaks off in Antarctica as glaciers retreat.

July — Europe was hit by devastating floods after torrential rains that killed at least 209 people in Germany and Belgium, as well as some missing. An undersea pipeline in the Gulf of Mexico ruptured and sparked a blaze, causing the surface of the ocean to catch fire. Hundreds of dead sea creatures have washed up in Sri Lanka weeks after a cargo ship carrying chemicals caught fire and sank. Floods left train stations submerged in London city. The Dixie Fire, having burnt over 724 square miles, has become California’s second-largest fire on record.

August — At least 8 people have been killed in wildfires that have ripped through southern Turkey. 100 fires struck mainland Greece and islands as the country reels under a severe heatwave, destroying dozens of homes. Italy and Siberia have been decimated by wildfire after months of abnormally hot and dry weather. An M7.2 earthquake struck the southwest of Haiti leaving 2100 people dead and thousands injured.

These events are clear indications or warnings that we are running out of time. A lesser known fact, perhaps, but Ice have melted to the extent that oil tankers are travelling through glaciers in the Arctic. On August 14th, for the first time, it rained and not snowed at the summit of Greenland4. Ocean and seas are rising around the world, causing dangerous flooding as humans continue to pour greenhouse gases into the atmosphere. NASA has reported that the sea-level will rise in the next two–three decades and its impact will be experienced in various coastal areas of India such as Kochi, Mormugao, Mumbai, Mangaluru, Chennai, Vizag and Paradip etc. July 2021 was the hottest month ever recorded globally, according to NOAA (National Oceanic and Atmospheric Administration)5. Water level in The Hoover Dam has fallen to the lowest level in history and has threatened the water supply and power supply to 25 million people in western US. On the 16th of August, The federal government declared a water shortage on the Colorado River for the first time. The first tier of water supply cuts will begin on January 1st 2022. Arizona (18% reduction) and Nevada (7% reduction) will be affected by  the tier-1 shortage6.

The 2015 Paris Agreement (to cap Global Warming at well below 2 ̊ C above the pre-industrial level, while countries will pursue efforts to limit the increase to 1.5 ̊ C) seems to remain off target. Hence, unless there is a rapid and deep reduction in the emission of Carbon dioxide and other greenhouse gases, human survival is at risk. After unveiling the Global Climate 2020 report by the UN’s World Meteorological Organisation (WMO), falling short is not an option, Taalas warned. He said, “If we fail with climate mitigation, we will see dramatic impacts which would last for centuries”7. Mitigation and adaptation might be the two most appropriate approaches to respond to climate change at present, the role of Mitigation is to avoid human interference with the climate system. It involves the reduction of flow of heat-trapping greenhouse gases into the atmosphere. Adaptation to life in a changing climate involves adjusting to actual or expected climate. The goal of adaptation is to reduce our vulnerability to harmful effects of climate change like sea level encroachment, more intense weather events or food security8. 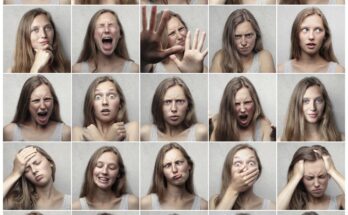