A body, irrespective of how we identify when concerned about sex, place one particular idea crystal clear; Health and growth. Anything that would vitally harm is by human instinct put at a hand length away. Let’s take the vague talk into a slight serious introspection.

The body, when assigned sex, sells. It sells incredibly.

All right, that’s not the serious introspection that I was thinking about, but it’s also a point to be kept in the mind. Not being allowed to have autonomy over one’s body and living it according to the social construct of what is desirable and healthy, puts a risk to emotional and physical well-being.

That’s exactly what Roe vs Wade showed. When the American supreme court decided to overthrow abortion rights, it very particularly showed that the world’s foremost economic and military power with the third-largest population having an economy that produces around one-quarter of the world’s wealth doesn’t give a damn about planned parenthood, basic reasoning and the bare minimum of human rights.

In brief, Roe v. Wade is a 1973 lawsuit that famously led to the Supreme Court making a ruling on abortion rights. Jane Roe, an unmarried pregnant woman, filed suit on behalf of herself and others to challenge Texas abortion laws. A Texas doctor joined Roe’s lawsuit, arguing that the state’s abortion laws were too vague for doctors to follow. He had previously been arrested for violating the statute. At the time, abortion was illegal in Texas unless it was done to save the mother’s life.1 It was a crime to get an abortion or to attempt one. In Roe v. Wade, the Supreme Court decided two important things:

Many think of Roe v. Wade as the case that “legalized abortion.” However, that isn’t exactly true. What it did was change the way states can regulate abortion, and characterized abortion as something that was covered under constitutional rights of privacy.2

It may come as a surprise that Roe did not have much of an impact on the number of abortions performed each year in the United States. According to the Guttmacher Institute, in the years before Roe was decided, there were over one million illegal abortions performed in the U.S. annually. After Roe, that number remains around one million, performed legally. Plus, the rate of deaths occurring as the result of abortions dropped dramatically in the years following Roe.

Since the Court’s decision in Roe v. Wade, judicial interpretation of the constitution is that abortion is legal. However, after Roe, many abortion opponents have advocated for stricter abortion laws. The opponents haven’t been able to ban abortions outright, but have placed limitations on abortions. A number of states have placed restrictions on abortions in certain circumstances, including parental notification requirements, mandatory disclosure of abortion risk information, and restrictions on late-term abortions.

But we are slapped right onto our faces this year with the overturning of the judgement as the majority opinion written by Samuel Alito and other four conservatives read, “We hold that Roe and Casey must be overruled,” referring also to a 1992 ruling which buttressed Roe3. “The constitution makes no reference to abortion, and no such right is implicitly protected by any constitutional provision.”

Chief Justice John Roberts said he would have upheld Mississippi’s law, but not overruled Roe4. The three liberal justices dissented, saying the majority opinion “says that from the very moment of fertilization, a woman has no rights to speak of”, and that conservatives well knew states would enact – and in many cases had already enacted – abortion restrictions to the moment of conception. Under state restrictions, “a woman will have to bear her rapist’s child or a young girl her father’s – no matter if doing so will destroy her life”, the liberal justices wrote.

It shows, how autonomy and the right to life are snatched away in the pseudo-wokeness of pro-life choice. At least one economist has estimated abortion bans could result in 60,000 births a year among women unable to obtain an abortion, affecting 41% of women of reproductive age and hitting young, poor, Black and brown women and people who already have children hardest5. The end of the right to abortion in the United States will have devastating consequences for the world. A half-century ago, the Supreme Court’s landmark Roe v Wade decision inspired a new era of reproductive freedom in dozens of countries. The court’s reversal will empower anti-abortion voices everywhere, threatening reproductive freedom and the right to control one’s destiny.

That brings the question of India, which has made a move to provide universal access to reproductive health services, by amending the Medical Termination of Pregnancy (MTP) Act 1971 to further empower women by providing comprehensive abortion care to all.

The new Medical Termination of Pregnancy (Amendment) Act 2021 expands the access to safe and legal abortion services on therapeutic, eugenic, humanitarian and social grounds to ensure universal access to comprehensive care. The new law came into force on 25 March 20216, will contribute toward ending preventable maternal mortality to help meet the Sustainable Development Goals there are a few key amendments:

It is imperative now that the recent changes, rules, and regulations are adequately communicated and widely disseminated to not just service providers but also other stakeholders, such as programme managers, NGOs, and the community. In collaboration with WHO India, the MoHFW through the SAMARTH initiative (Sustain-Accelerate-Mainstream Access to Reproductive-health Through Health-system) is supporting the dissemination of this evidence-based information to accelerate the achievement of ‘universal reproductive health’ in India.

The stigma, scare, and struggle will remain and continue to do so. So here’s a request, join in and educate yourself.

Come out of the rock and fight for the rights, as this is not just about women, it’s also about men and all people of the gender spectrum 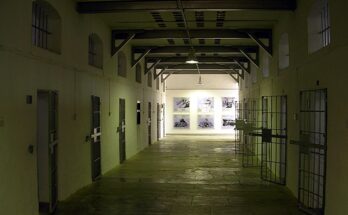 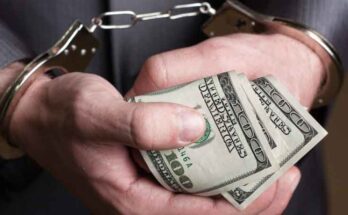 Financial Fraud and its Regulations in India 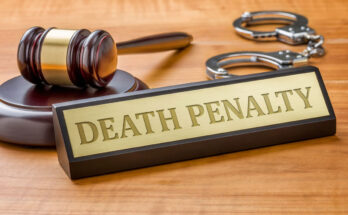 Death Penalty under POCSO- Not a Deterrent

View all posts by Vidya Anilkumar →