Buildings, skyscrapers, and anything that represents progress are often included in discussions related to urbanization and colonization. Even  technology and rapid transformations in the material and physical world demand that we adapt ourselves. Every individual, however, has a different ladder to climb. All levels of societal structures need to rely on every resource they can access. In the process of time, we often tend to collide against different dimensions of our dreams and end up in a strangled, unsteady position from which recovery is difficult. The continuous loop or chain of rhythm keeps us entangled in each other’s lives even after our struggle to disengage. Living under the shining stars of fortune, man is often caught up in the hustle and bustle of the big city, which may lead to the illusions of his life.

Vinay KD’s ‘Urban Aesthetics’ collection speaks eloquently on the arrival of digitization, urbanization, and post-colonization in India. This work emphasizes more on the impact of these three big pillars on today’s Indian society, which is still striving to compete with other nations. It does, however, raise several questions. Among them, an important one is, whether we should aim for unity as a country. This work uses horizontal and vertical lines to reflect upon many different circumstances from different walks of life. The way these lines are used is interested in terms of form and shape. As one looks at the lines on the painting, they reflect the instability of life and do not allow you to feel relaxed, while the top and bottom parts of the painting precisely divided in the ratio of twenty and eighty, makes a statement regarding the arrival of digitization at a time when a common man tries to keep up with the pace of change. There is every opportunity for those who are higher on  the ladder to pioneer human history and intellect. Those who are not in their league, however, find it difficult to cope up with the extravagant ways of getting pleasures, and therefore they often lose and are left behind. Those contour lines fascinate one’s attention towards the details and the wiggling, wobbling lives of individuals within them. It evokes  a sense of mental stagnation because of the strokes. These two worlds have been juxtaposed in sheer beauty with the skilled use of colours.

By analysing the shape of the box closely, we can see that the lines are drawn diagonally. This creates a tension that builds  toward the ultimate nature of man which is forcible subversion of the differently fortunate ones.  A metaphorical box could represent a world that is trapped and controlled by the bureaucrats who want to   as if everything in the order must be approved by the supreme leaders. The world is full enough that it can no longer house humanity, and space is at a premium. The vessel is about to blow up as we add more to it. Despite not being a literal reflection of the world, the box possesses certain layers that can be dissected and analysed like a human brain. The human race is heading towards a phase where morals and values are threatened. As a result of the enormous pressure imposed by the carnival called ‘society’, we are stuck in our thoughts and cannot get out. It is well crafted to depict both the box and the background in this way since the contrast is excellent. It appears as if the colours create a colder palette, yet when we look closer at the subject and object, the warmth is evident. In addition to adding to the overall texture of the painting, the pattern of lines makes it more interesting. I find it fascinating how the artist has used these pixelated elements as motifs in this series. The pixel could be viewed as an implied symbol of  growth in technology and digitization in our country during the early 2000s. A human figure carries a big box on his head and moves towards the pixel jungle near the top right corner. In the lower sections of society, people carry the burdens and responsibilities of upper classmen and follow their steps. Walking in an infinite loop of directions, we do not even know where we are headed. The upper section of the painting depicts a one-point perspective, while the lower section depicts a two-point perspective. Another great way of expressing lives is through different dimensions. Once we turn it clockwise, we can dissect the painting in more different ways. Its mass and weight, however, have been emphasized the most. Having been centrally composed, the box has caught our entire attention to focus our attention on its volume. The box is carrying a great deal more than any weighing instrument could possibly measure. In a kind of technical dimension with certain programs and codes, the system is intentionally placed in a world of a loop or void that separates it from the reality. A great deal of care has been taken in managing the painting’s balance, keeping us in the maze of the artist’s thought process. The top section of the painting has a sense of rhythm and uniformity that continues to infinity.

Several layers of the work reflect the essence and primary tenet of reflect the rat race and chain of humans and how they continue to grow along the  progress in technology and urbanization. The scene also provides a glimpse into humans’ harsh reality as we live in this world. It is essentially a mental and physical of our living. 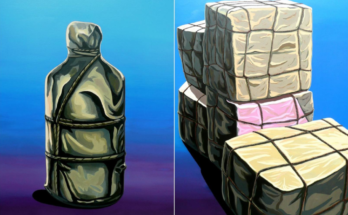 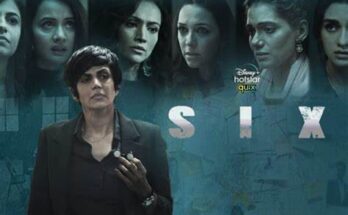