Climate change is the greatest ecological, social and economic challenge that we face in our day to
day life. The Intergovernmental Panel on Climate change (IPCC) observed that the main reason for climate change is global warming, which will increase the pressure on ecosystems and human
beings. Along with that, pollution in the country also contributes to climate change. 2018 Kerala flood was an example of climate change. The objectives of my study are to point out climate change and to reflect on flood-resistant housing patterns.

The investigation into climate change is getting popularized nowadays. This is very evident from
the 2018 Nobel prize for economics, awarded to Paul Romer and William Nordhaus, who concentrated more on climate change problems and their causes. Major issues which lead to climate
change are global warming and pollution. It affects the entire society, including the ecosystem and
human population. The 2018 Kerala flood was a real example of this which destroyed thousands of lives.

The United Nations Framework Convention on Climate Change (UNFCCC) defines Climate
change as “a change of climate which is attributed directly or indirectly to human activity that alters the composition of the global atmosphere and which is in addition to natural climate variability observed over comparable periods”. Climate proofing for development is a tool designed to support the integration of climate change impacts, as well as awareness of the challenges and opportunities in development planning at national and local levels. It aims to make development measures more efficient and resilient.

Glass fibre reinforced gypsum is an eco – friendly building material which we can manufacture out of either natural or industrial gypsum.

2018 Kerala floods have an immense effect on housing in Kerala. Major loss regarding housing was found in Thrissur, Palakkad and Ernakulam districts, affecting about 6500 houses in total. Apart from these districts, houses in Idukki and Wayanad were affected due to landslides. In total 12,477
houses were destroyed in Kerala due to the flood. The government requires a total of Rs 498.94 cr to
rebuild these houses. The central government has taken the initiative to rebuild the houses through Pradhan Mantri Awas Yojana. In hilly areas, the land should be turned to steps and houses must be constructed on it to prevent landslides to an extent. In flood areas like Alappuzha especially Kuttanad, houses should be constructed using pillars, which can withstand the overflow of water. Floating houses like in the Netherlands could be used in Alappuzha.

Climate change takes place due to both natural and human influence. Since the industrial revolution,
humans have contributed to climate change through various factory emissions and through the change
in the use of land, resulting in the rise of global temperatures. A rise in global temperatures has
various impacts like storms, floods, droughts, rising sea levels etc. The largest contributor to global warming is carbon dioxide, followed by methane. Climatic changes have a great impact on social,
economic and environmental fields. The severity of the impacts will increase with the rise in average global temperature. In the past years, climate change has occurred at slower paces permitting ecosystems to adapt, whereas since the 20th century it has increased at a fast rate, leading to
mass extinction.

GFRG panels, made out of gypsum board reinforced with glass fibres, are an emerging alternative building material. Glass Fibre Reinforced Gypsum (GFRG) are manufactured in
India using waste gypsum from the fertiliser industry. Constructions using GFRG are energy efficient, and tests have established that the panels have required resistance to both water and fire.
Since the GFRG building system is prefabricated, all the construction joints are treated with
waterproofing compounds. It reduces the use of cement, sand and steel in the construction process. GFRG constructions are eco – friendly, weatherproof, earthquake resistant and are protected from fire, sound and flood. Experiments on GFRG have been carried out by IIT Madras, NIT Calicut and various other institutions.

Another alternative is using treated bamboo, mud and concrete. This type of housing is a three-storey
the building where the third floor is left open so that it can be easily converted to a room. In the case of floods, inhabitants could be evacuated from the terrace. It is based mainly on pillars. The whole of construction largely depends on pillars and hence are used in areas where there are high risks of
floods. Interlockable mud bricks can be used to build the structure. A cement plastering is done to
prevent the walls from seeping in moisture.

Recycled mud tiles, coconut shells and treated bamboo too are used for plastering. Such houses
last long since they are made out of natural materials that do not affect the environment largely.
Such constructions are low in cost and could be constructed easily in a few days.
Another type of construction is floating houses like in the Netherlands. This type of construction
includes embankments and raised platforms and other temporary shelters. The aim is to withstand
the current and future climate change impacts and simultaneously contribute to a reduction in GHG
emissions through environment-friendly technological interventions. The houses sit on hollow concrete boxes attached to large steel pillars. During a flood, the boxes would function like the hull of a ship, providing buoyancy. As the waters rise, the buildings would also rise, sliding up the pillars and floating on the water’s surface. When the waters recede, the houses would descend to their original positions. This can prevent the damages caused by flood and other natural calamities. This type of construction is also found in Bangladesh.

It is the practice of creating structures and using processes that are environmentally responsible and
resource-efficient throughout a building’s life. They are designed to reduce the overall impact on
the environment and human health by efficiently using energy, water and resources. It reduces waste,
pollution and environmental degradation. Such buildings are constructed using recycled materials
and are made from renewable resources. Materials used for constructions are brick, mud, fly-ash
blocks, wood, grass, stone, and carbon natural concrete and high-performance glass.

Methodologies to Reduce Pressure on Environment

Concrete is one of the main materials used for construction in today’s world. But then we have to
accept the fact that emissions from these quarries are one of the main factors leading to global
warming, and hence to climate change. It can also lead to ozone depletion, acid rain and other
environmental problems. Cement production requires limestone, chalk, clay etc, which require a
high level of quarrying and crushing which pollute the fertility of land and water, leading to the
extinction of many species. Instead of using cement natural materials like coconut shells, mud tiles,
cobs, straws etc. could be used for constructing houses which will have a low impact on the
environment and hence reduce the problems caused by climate change.

Old constructions made out of mud bricks, coconut shells and other eco-friendly materials provide
them with more durability than the present constructions. Such constructions not only use eco
–friendly materials but also use traditional architectural styles. Such constructions have the power and capability to withstand all-natural calamities like flood, earthquake etc. New constructions are made out of materials like cement, steel etc. which do not have the power to withstand such calamities. People have the feeling that new type constructions last longer than the traditional ones. It is high time that we change the social mentality of people regarding the longevity of buildings because studies prove that Kerala is going to witness heavy climatic conditions. People should therefore return to the old type of
constructions which promote the use of natural materials especially bamboo, mud bricks, straws,
coconut shells etc. so that Kerala will have minimal effect on housing when affected by a natural
calamity.

Studies such as this, aimed at ideas related to Housing and Climate Proofing, are highly
necessary for the present situation. Kerala was affected by one of the major natural calamities caused by climate change in August 2018. People are continuing in camps and authorities are looking for new housing patterns so that the people will not be affected in the future by such calamities. Hence we need to look forward to rebuilding a safe and secured Kerala for the future. 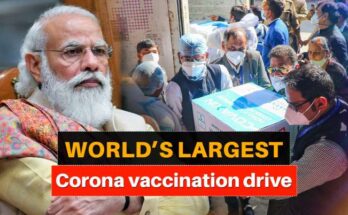 All you need to know : India’s Vaccine Drive

View all posts by Aparna Suresh →